We just got our ass beat by Drexl.  But by the end of the season, we'll be enjoying ourselves with Alabama Worley while the Cardinals sit there with a corkscrew in their foot and their face on fire.

Colby Rasmus.  After giving up a grand slam to Skip Schumaker, it was only appropriate that the other most annoyingly named Cardinal got one too.  Rasmus went 2-5 with two runs scored and four RBI.  Honorable mentions go to Skip Schumaker and Jon Jay. 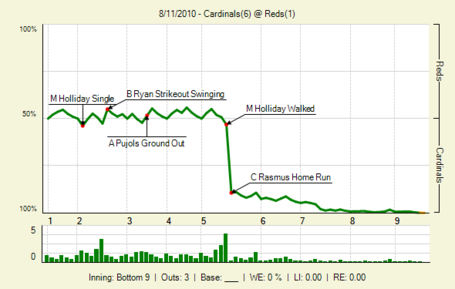