Share All sharing options for: The Brewers are sellers. Reds win, 10-2.

Brandon Phillips.  The All-Star went 2-4 in the leadoff slot with a grand slam, a stolen base, and two runs scored.  The move out of the cleanup position has done wonders for BP.  Honorable mentions go to Joey Votto and Miguel Cairo. 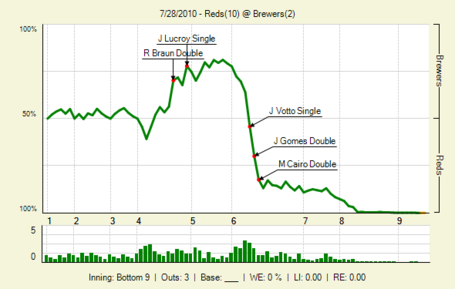