Reds offense explodes all over the Brewers face. Reds win, 12-4.

Share All sharing options for: Reds offense explodes all over the Brewers face. Reds win, 12-4. 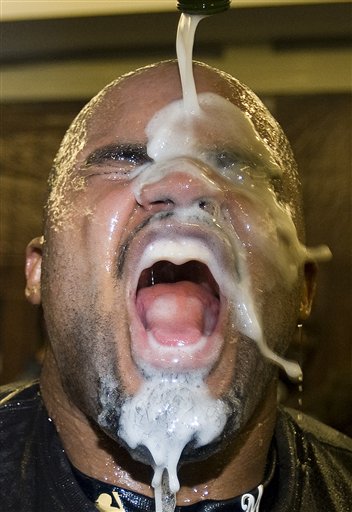 Joe Inglett.  So how did a guy who was 0-5 with three strikeouts win the coveted Star of the Game award?  By coming in in the ninth inning to spare the bullpen and getting Brandon Phillips, Orlando Cabrera, and Joey Votto out on six pitches.  That trio had combined for eleven hits against the actual Brewers pitchers.  Which leads us to... Honorable Mentions!  They go to Joey Votto, Scott Rolen, Brandon Phillips, and Logan Ondrusek. 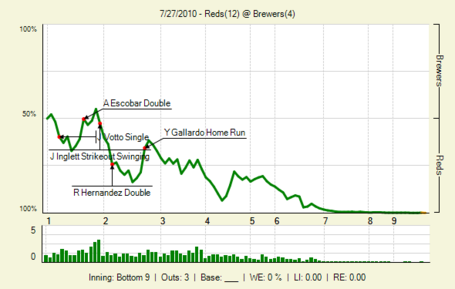