Share All sharing options for: Reds reach out and touch faith - and it sucks. Reds lose, 8-5.

Miguel Cairo.  This was a tough award to assign.  I didn't see the game, and my only criteria was to not give it to Strasburg.  It sounded like maybe Cairo wasn't that sharp with his glove, but he never made an out at the plate, going 2-2 with 2 walks and 2 RBI.  Honorable mentions go to Stephen Strasburg, Ian Desmond, Cristian Guzman, and Jay Bruce. 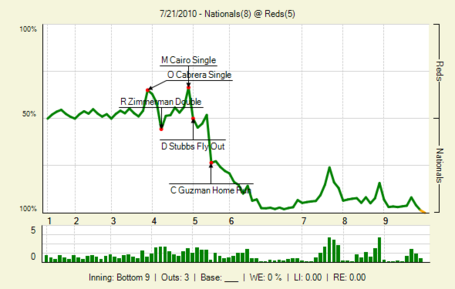