Nick Masset.  After Micah Owings and Bill Bray did their best to choke away the game in the sixth inning, Nick Masset came in and pitched 1.1 innings of no-hit baseball to deliver the game to Arthur Rhodes and Francisco Cordero.  Honorable mentions go to Joey Votto and Ryan Zimmerman. 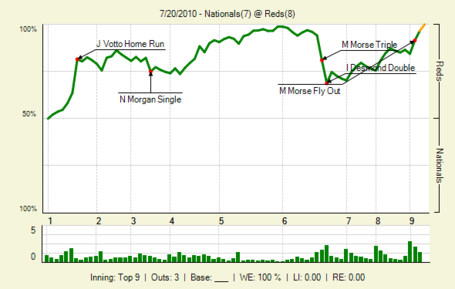