Share All sharing options for: Bloodbuzz Ohio for the Nationals. Reds win, 7-2.

Jonny Gomes.  The Human Honey Badger went 3-4 with three runs scored and a homer.  While some of our other offensive luminaries have dimmed after the All-Star Break, it's imperative for Gomes to go on one of his incredible hot streaks.  Honorable mentions go to Drew Stubbs, Miguel Cairo, and Johnny Cueto. 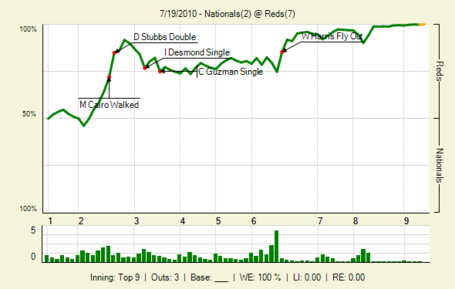