Share All sharing options for: Think you can win a division? Then let's see you do it! Reds win, 3-2!

Arthur Rhodes.  The Nasty Man came in in the eighth inning with two men on and no outs, and the Reds clinging to a one run lead.  He walked the first batter he faced to load the bases, but when the dust cleared, the Reds still had a one run lead.  Colossal.  Honorable mentions go to Brandon Phillips, Orlando Cabrera, and Francisco Cordero. 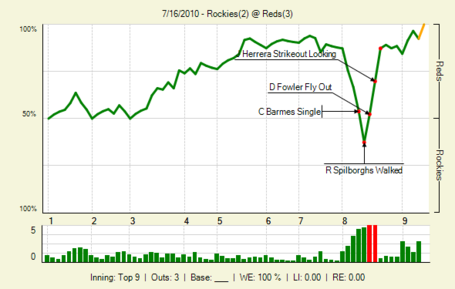