Travis Wood.  The kid may not have gotten the win, but he came within three outs of getting a perfect game.  Settling for nine innings pitched  of shutout baseball, allowing only one hit and no walks, and striking out eight is enough to earn JNMHSotG honors though.  Cliff Lee couldn't have pitched any better.  Honorable mentions go to Roy Halladay, who pitched nine shutout innings of his own, and Carlos Ruiz. 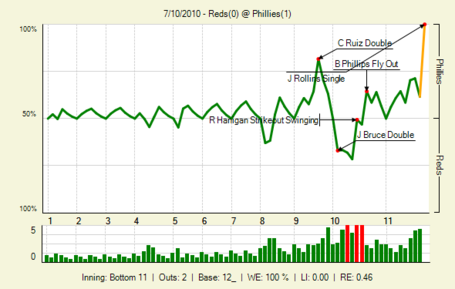