Share All sharing options for: Who would beat the Cubs? Travis Would! Reds win, 3-2.

Travis Wood.  No really superlative efforts today, so we'll give it to the guy who pitched quite well in his major league debut.  Wood went seven scoreless innings before giving up some baserunners in the eighth that Nick Masset allowed to score.  The Cubs only managed two hits off of Wood, who struck out four and walked three.  Honorable mentions go to Jordan Smith and Scott Rolen. 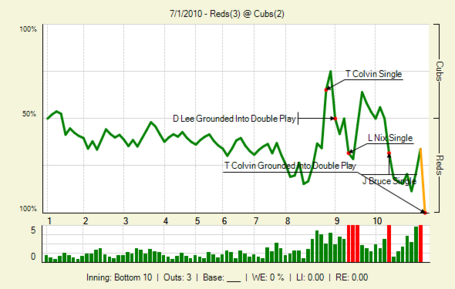