Scott Rolen.  His pinch hit HR in the ninth inning gave the Reds the lead, 4-2.  This was important since Francisco Cordero would give up two runs to tied the game in the bottom of the inning.  Honorable mentions go to Bronson Arroyo (8 IP, 6 hits, 1 walk, 2 ER), Jonny Gomes (pinch hit double in his only AB), and Drew Stubbs (3 for 5 with a double and a timely single to give the Reds their final lead). 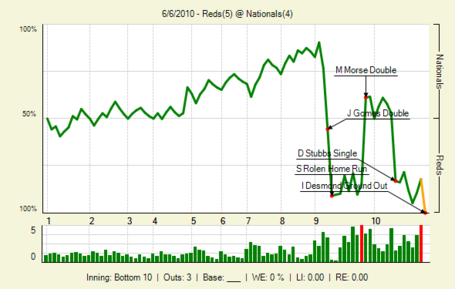