Don't Feel Bad Nats, He's Been Doing That to Everyone, Reds win 5-1.

Share All sharing options for: Don't Feel Bad Nats, He's Been Doing That to Everyone, Reds win 5-1.

Mike Leake. 7 IP, 7 H, 0 ER, 5 K, 0 B, 2-for-3 at the plate with a run. Plus he saved a drowning woman, whom he impregnated and delivered twins with in the same night. The twins went on to be named Nobel Prize winners, bringing peace to the Middle East. Honorable mention to Brandon Phillips and Orlando Cabrera. 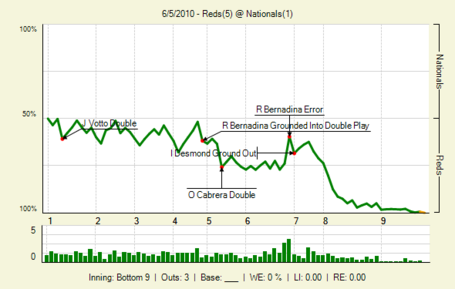