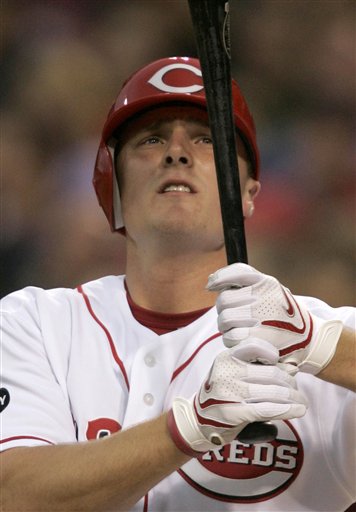 For the past few years, teams have been waiting until an imaginary date -- usually the end of May or beginning of June -- to call up top prospects in the hopes that those prospects would get the maximum amount of major league playing time while avoiding "Super Two" arbitration. The way it works is, all players with three years' major league service time head to salary arbitration -- unless their teams buys it out with an extended contract -- in which a player and team come up with dollar amounts for the player's next year of salary, and a mediator determines which amount is the best fit for the player's production. Same before years 5 and 6, and then the player becomes a free agent for the first time.

But the Collective Bargaining Agreement also calls for the 17 percent of players with the most service time between two and three years -- these players are known as "Super Twos" -- to also join in the fun of arbitration, which means they get four arb years instead of three. This way teams can't just stash their best prospects for the first week of their rookie season to avoid paying them arbitration after three years.

The problem is, you never know what the actual date for Super Two status is until those three-year-periods are up, so you have to guess. Generally it applies to players brought up before the middle of May or so, and usually players selected after that date get a $400,000 salary their third year, and that's that. Not this year:

The Reds called up Jay Bruce on May 27, 2008, which at the time certainly looked like plenty of room to avoid Hova's Super Two status. But Bruce turned out to be the final player in the Super Two pool, which means the Reds are going to arbitration with him after this season to pay something much closer to fair market value than the $450,000 they would have owed him otherwise. Had the Reds waited two days to call him up, they wouldn't be in this situation, and Bruce would have to wait a year to strike his first big payday.

My best guess is the Bruce will get around $4 million next year. Ryan Zimmerman was asking for 3.9M before the 2009 season, and the Nats were offering 2.75M before the two sides agreed to a contract to avoid arb. Bruce's career has been similar to this point in their careers, although Bruce hits a few more home runs and plays a different position. Still, 4M seems about right to me. It's not really great news for the Reds, as it eats up money that could have been used elsewhere, but it's great news for Bruce. Congrats to him.

It also could lead Walt to pulling the trigger on an extended contract for Bruce, buying out the rest of his arb years and maybe locking him down for a couple more. That wouldn't be a bad option to consider, especially now that he won't be virtually free next year.