Share All sharing options for: The Reds Hate Kyle, too. Win 7-3.

Johnny Cueto.  Though his control looked shaky to start, Cueto spun a DIPS-defying gem, throwing 8 innings of one run ball.  Overall he allowed only six hits, two walks and no home runs while striking out none.  Brandon Phillips and Orlando Cabrera gave him some help on the defensive end.  Honorable mention to Scott Rolen and Joey Votto for doing what they do. 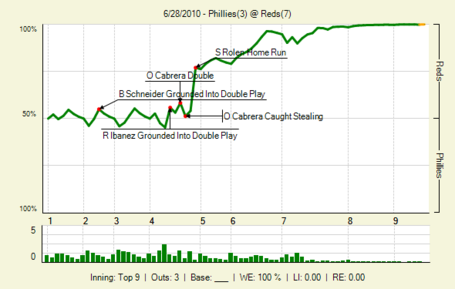