Share All sharing options for: Cinci Does Dallas. Reds win, 4-2.

Bronson Arroyo.  For pitching eight innings and not walking anybody.  Sure he only struck out one, but he only gave up two runs.  Honorable mentions to Jay Bruce and Brandon Phillips. 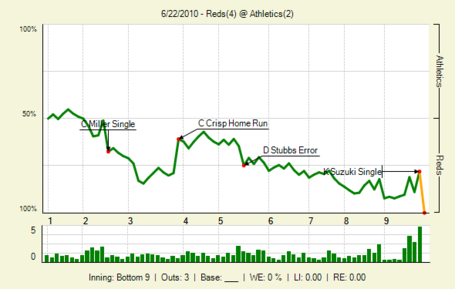