Share All sharing options for: The winning run was controversially disallowed by Koman Coulibaly. Reds lose, 1-0.

Nobody?  Ok, we'll go with Ryan Rowland-Smith.  The proverbial dingo to our baby pitched six shutout innings and earned his first win of the season.  Sure he walked five and only struck out two, but the Reds could only manage three harmless hits off of him.  Honorable mentions go to Aaron Harang and Logan Ondrusek. 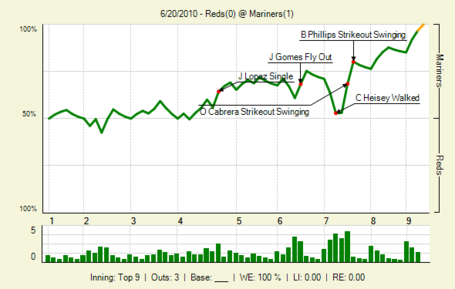