Share All sharing options for: The win that was less exciting than a tie. Reds win, 11-5.

Jonny Gomes.  It has to be Gomes, thanks to his two home runs and six RBI.  Honorable mentions go to Brandon Phillips, who had three hits to continue his torrid, 15 game hitting streak, and Billy Butler. 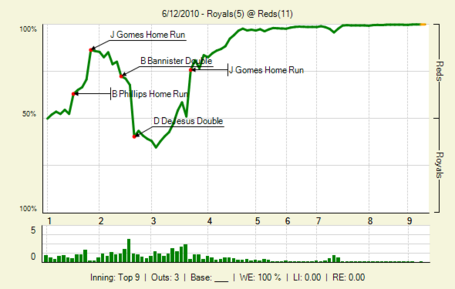