Mother! Tell your children not to walk my way! Reds win, 5-3.

Share All sharing options for: Mother! Tell your children not to walk my way! Reds win, 5-3.

Joey Votto.  In a bit of a controversial decision, Jo-eh gets the honor today.  His three run homer in the seventh inning rescued the game for the Reds.  Otherwise, the day belongs to Mike Leake who showed his performance is not due to unfamiliarity as he faced a team for the second time and still pitched excellently.  Other honorable mentions go to Ramon Hernandez and Jay Bruce. 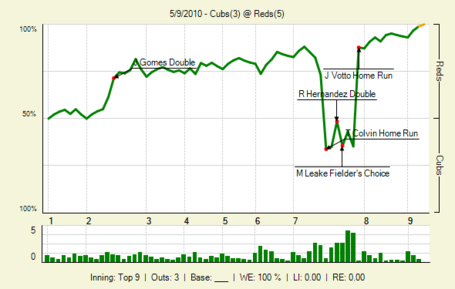