Share All sharing options for: Maybe the 103rd time will be the charm. Reds beat Cubs, 14-2.

Ryan Hanigan.  Nothing against Ramon Hernandez, but Hanigan just keeps doing it time after time.  Tonight he went 3-5 with a grand slam, a double, a walk, and 5 RBI.  No honorable mentions tonight because everyone played a great game.  Kudos to all! 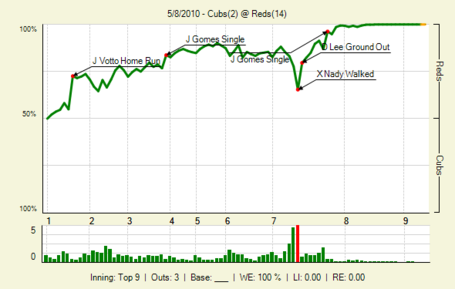