Miguel Cairo.  As something of a cumulative award for his past two starts in relief of Joey Votto, and just to prove that every dog has his day.  The Purple Rose went 3-5 with two runs.  Honorable mentions go to Johnny Cueto, Jeff Clement and Scott Rolen. 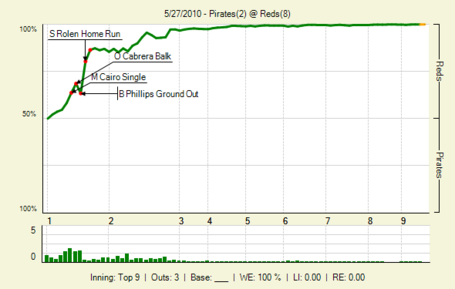