Bronson Arroyo pitched seven and two-thirds innings, giving up five hits, two walks, and no runs.  He also struck out the side in the third, though he didn't strike out any other batters. 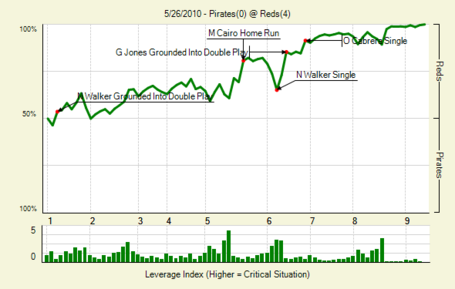