Share All sharing options for: The Song of Rolen! Reds win, 5-4.

Scott Rolen.  Rolen was getting his customary rest in the day game following the night game, but entered in the ninth as a pinch hitter and socked a two run homer off Trevor Hoffman to tie the game.  They're his Reds.  He can't let them lose.  Honorable mentions go to Marco Estrada and Casey McGehee. 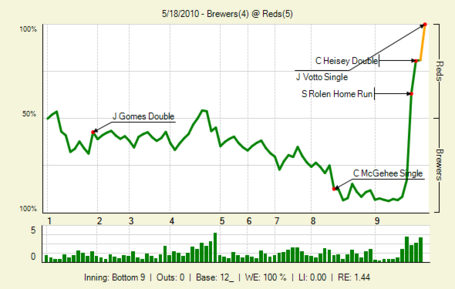