Share All sharing options for: Things were bad, but now they're good again... FOREVER! Reds win, 6-3.

Jonny Gomes.  Gomes went 1-3 with a walk, but it was his three run homer that ended up providing the margin of victory.  Honorable mention goes to Chris Heisey and Joey Votto. 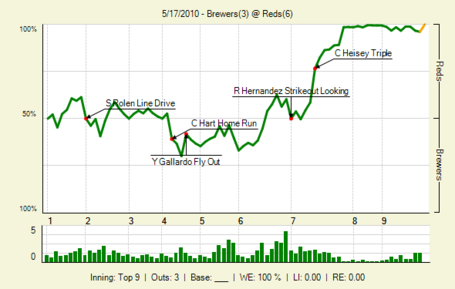