The Pirates have way too much confusing backstory! Reds win, 9-0.

Share All sharing options for: The Pirates have way too much confusing backstory! Reds win, 9-0.

Johnny Cueto.  I mean, come on!  He struck out eight, walked none, and allowed only one hit in a 102-pitch complete game.  Sure, he was pitching against the Pirates, but still.

Honorable mention goes to Chris Heisey, who went 3 for 4 with a walk and a home run in the leadoff spot. 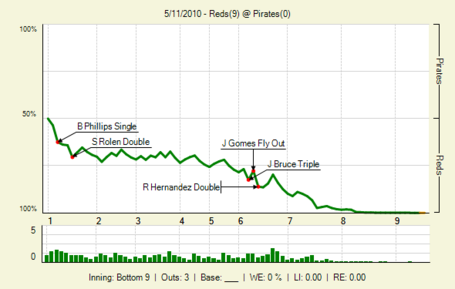