Bronson Arroyo.  Giving the people what they want and awarding the JNMHSotG to a pitcher.  Bronson pitched 7 innings of shutout baseball before giving up a home run to Ronny Cedeno.  He still earned the win and struck out twice as many Pirates as he walked (2:1).  Honorable mention goes to Scott Rolen. 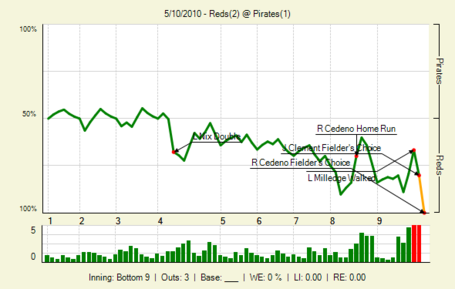