The Game 3 Win: A Photo Essay

Share All sharing options for: The Game 3 Win: A Photo Essay

It was a cold and gray day at Great American Ball Park, but that didn't stop me from heading down and checking out some afternoon baseball in the Queen City. It was a sparse crowd to say the least, but that meant that it was an excellent opportunity to get some pictures at the park. Here is my recap of the game, told through pictures that I took (after the jump). 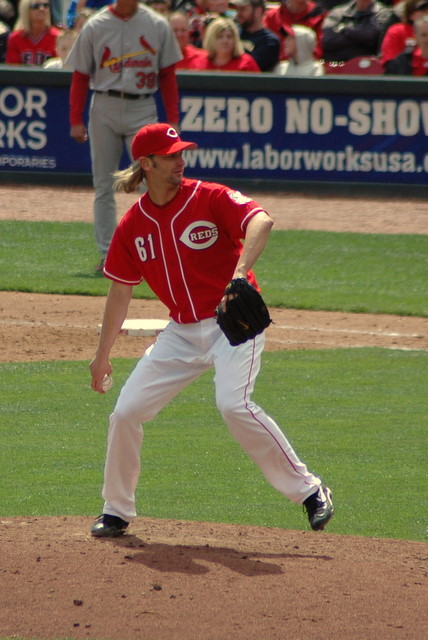 Bronson Arroyo was masterful on Thursday. His only mistake was a ball off of Matt Holliday's bat that got caught in the blustery wind and just carried over the left-center wall. Arroyo also drove in the game's first run with a single in the fifth inning that plated Ryan Hanigan. 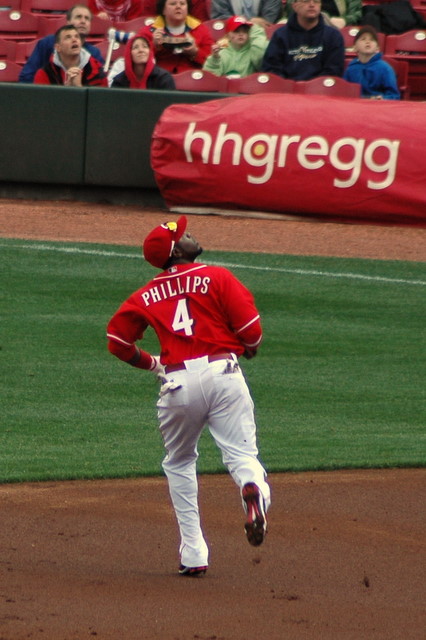 The defense was shaky early in the game. The wind didn't help. Brandon Phillips is going back on a ball in the first inning that totally changed direction on him and fell in shallow right field for a hit. 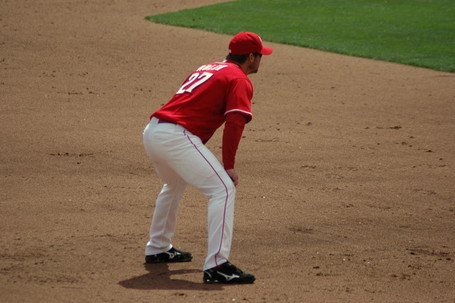 Scott Rolen had an error early in the game, but turned in a couple of gems later on to save hits and help out Arroyo. I didn't get any pictures of those because at that point I was too cold to use my hands. 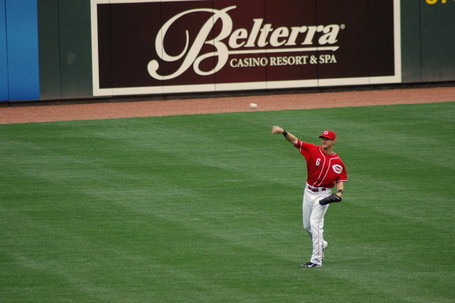 Drew Stubbs made a couple of running grabs in center field. 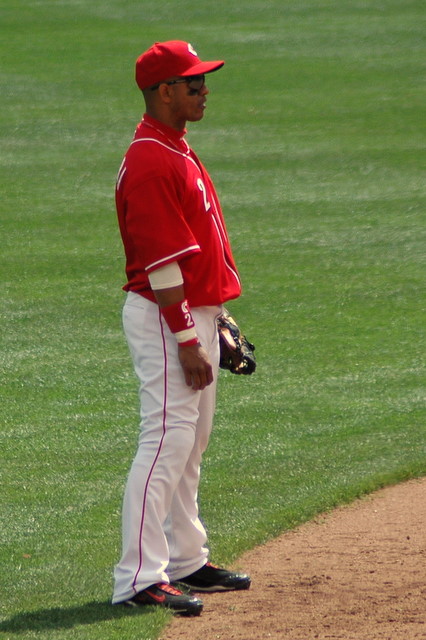 Orlando Cabrera handled all of the balls that were hit right to him. The other ones, not so much. 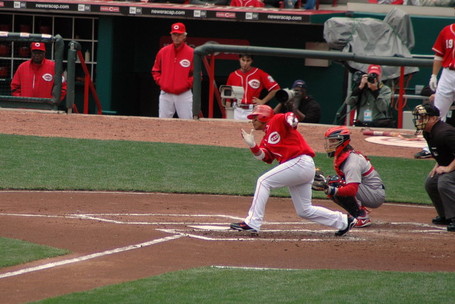 Cabrera did have a single in the first inning, but he was left stranded at second base. 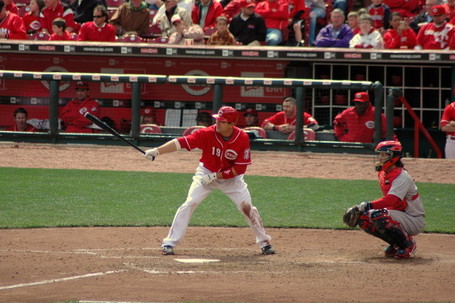 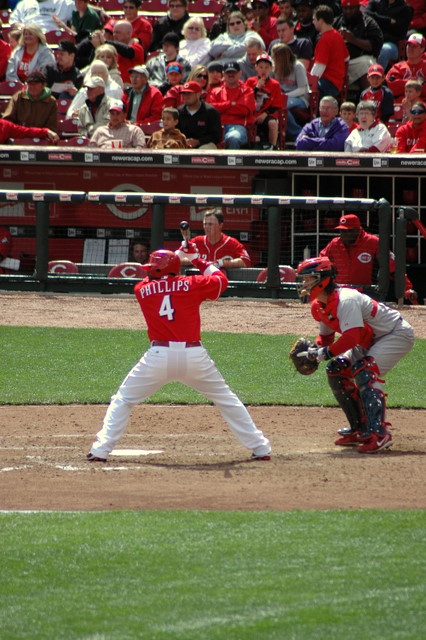 ...but he didn't get any help from the three hitters (Rolen, Phillips, and Jay Bruce) behind him and did not score a run. 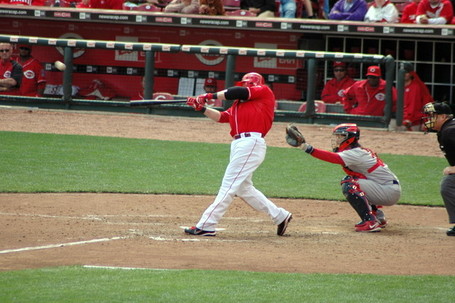 Jonny Gomes did something at the plate though. This is him hitting a walk-off home run in the ninth inning. I immediately leaped into the air after taking this shot (not pictured). 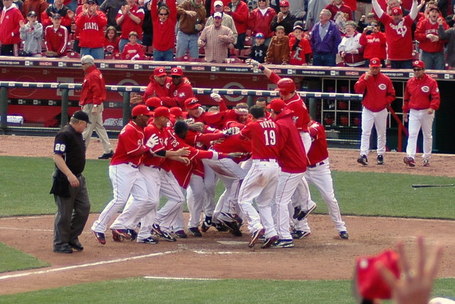 The Reds celebrated at the plate, as they are prone to do in these situations. Fans did the same in the stands, but that may have just been an attempt to keep warm.