The minor league starts Thursday, so we decided we'd take a closer look at the farm teams that the future Reds will be playing for this year.  First up in our series is the AAA Louisville Bats.  This team is absolutely loaded with talent, and should once again contend in the International League for a playoff spot for the third year in a row. 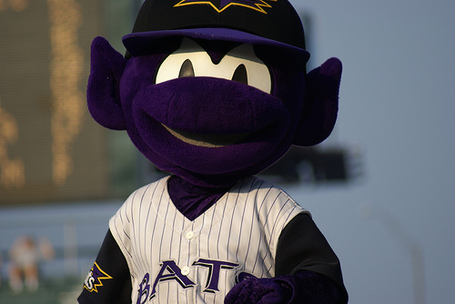 Projections for 2010 and more fun info about the team after the jump...

The Bats play at Louisville Slugger Field, which was opened in 2000.  The stadium holds 13,131 people. 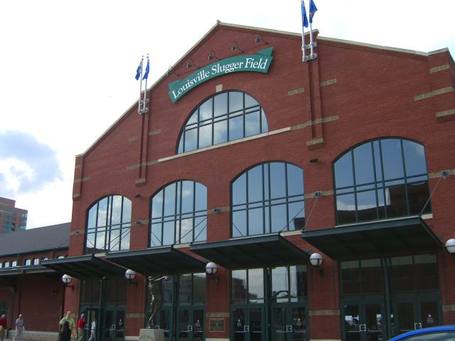 Promotions for the Upcoming Season:

Since the stadium is only about 1.5 hours from the Cincinnati area, it's pretty realistic to take a short trip to Louisville to watch some prospects, and there are plenty of opportunities to go to a game for our Louisville RRs.  What better time to go than on a day where an awesome minor league promotion is going on?