Farmers Only: After a brief respite, the organization gets back to the business of losing

Share All sharing options for: Farmers Only: After a brief respite, the organization gets back to the business of losing 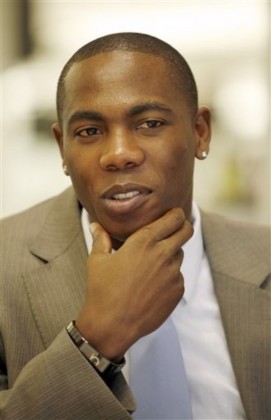 He's pondering the lack of bullpen support around the organization.

Louisville lost another heartbreaker, this time to Scranton/Wilkes Barre 5-4.  The Good:  Aroldis Chapman only walked 2 in six innings, struck out 4, and only allowed 2 earned runs.  The Bad: He also allowed 2 homers, his first as an American Professional.  Chappy left with the lead after 6, but Enerio Del Rosario gave up 2 runs in 2 innings to lose the lead and ultimately the game.  At least the offense got going a little bit.  Chris Heisey was 2-5 with a 2B, and Chris Valaika and Zach Cozart each were 1-3 with a walk.  4 other Bats reached base safely at least once.  Up Next: The Bats continue their series with SWB Yankees, this time at 11:05 a.m.  Either Matt Maloney or Justin Lehr will start.

Carolina lost to Jacksonville 3-1.  Ruben Medina was strong in relief of Alexander Smit, throwing 3 shutout innings after Smit allowed 3 runs in 5 innings.  Not much offense (again) in this one.  Eric Eymann had 2 hits, and Yonder Alonso was 1-3 with a walk.  Up Next: Matt Klinker will take on Mobile at 8:05 p.m.

Lynchburg lost to Kinston 5-3.  Travis Webb started and threw 5.1 shutout innings, followed by 1.2 shutout innings by Jeremy Horst, but then Andrew Bowman and Scott Gaffney combined to allow 5 runs in 1 inning.  Nice work, guys.  Dave Sappelt was 2-4 with a double, and Neftali Soto hit his first home run of the year.  Up Next:  Mark Serrano will close out the series against Kinston at 7:00 p.m.

Dayton rounded out the poor performance by losing to Lake County 4-1.  Jacob Johnson allowed 4 runs (2 earned) in 5 innings, but at least Donnie Joseph pitched another scoreless inning.  Henry Rodriguez was 2-4 and Andrew Means and Byron Wiley each doubled.  Up Next: Josh Ravin takes on Lake County at 7:00 p.m.