Andrew McCutchen.  With two hits and a walk, he reached base three times tonight,.  He produced once he was there, stealing a base and scoring two runs, including the game winner. 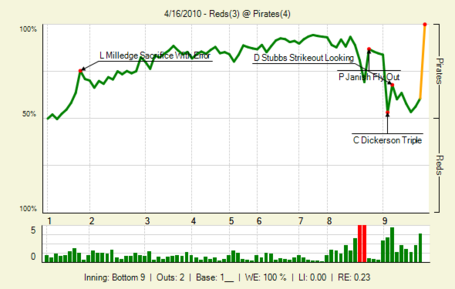