Drew Stubbs.  Kevin Mitchell is Batman's favorite Red won himself a few more fans with a great performance at the plate tonight.  He went 2-4 with a triple and his first career grand slam, two runs scored and 4 RBI. 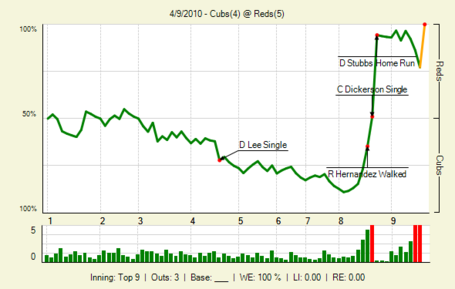