I know not everyone on this site is into the stathead stuff, but I would like to open things up to those who are interested in learning about what is going on in the sabermetric community but don't know where to look. That is why we're starting a new Sabermetric Saturday piece that will hopefully run every Saturday morning. For the most part, this should be much like the regular Red Reposter that Scrabbles and ken have been putting together for you, but with a little more of a mathy aftertaste.

Hopefully you'll enjoy it. If not, it's Saturday! Go outside and play with your kids, damnit!

For those that are, like me, concerned about Juan Francisco's plate discipline, there is hope! 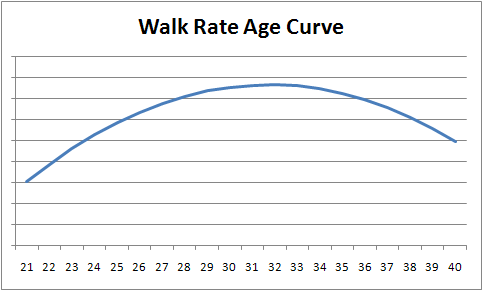 Strikeouts go in the opposite direction. I guess that makes sense: 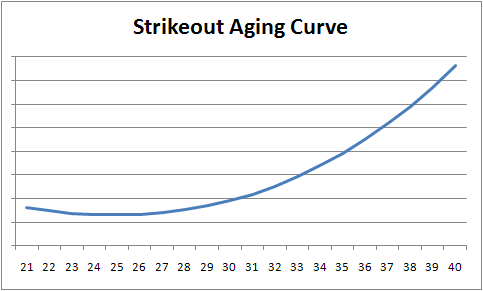 Home Run power develops in the mid-20s, but then fades quickly in the mid-30s (unless you are Barry Bonds): 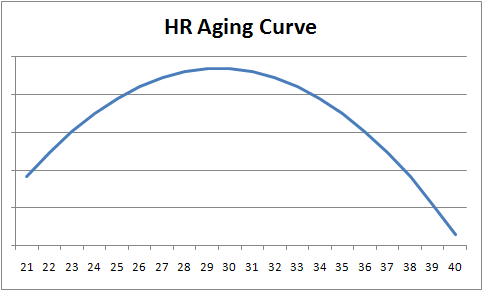 Finally, stolen base attempts go down early, but players get better at stealing them as they get older/wiser: 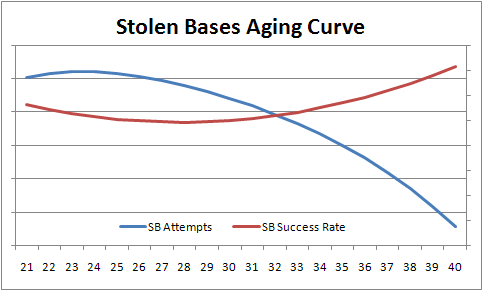