Despite the horrible weather, spring training is almost upon us, and we'd like to share our top 10 issues facing the Reds farm system this season.  The organization is perhaps in its best shape in years, and there are going to be a number of really interesting story lines to follow.  After the jump, the first 5 questions we'll look for answers to in 2010.

1  Where will Aroldis Chapman begin his American professional career?  Will the team take an aggressive or conservative approach with him?

The team's major offseason signing, and the Red Reporter #1 prospect, will be the most compelling story of spring training, and possibly the entire minor league season.  The nature of his contract virtually guarantees that he won't make the team out of spring training, so where will he start?  I've heard suggestions ranging from Dayton to Louisville.  Regardless of where he starts, how aggressively will he be promoted?  Obviously a lot of that will depend on his performance, but with the money invested in him how patient will Uncle Walt be? 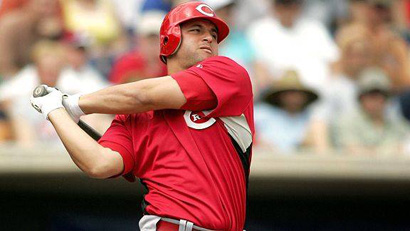 2  Will the team find a place for Yonder Alonso?  Where?

It is perhaps the biggest conundrum of the Reds organization: What to do with arguably the organization's top prospect, when he is blocked by arguably the Reds best player?  Alonso is likely to start the year in AAA, and with a good showing he will force the Reds to answer this question very soon.  Either one gets traded or moved off of first base, but who? 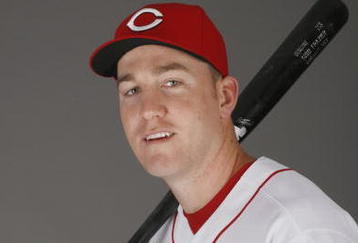 3  Will Todd Frazier find a permanent position?  If so, where?

The organization touts Frazier's lack of a definite position as a positive, promoting it as a sign of his versatility.  The problem is that he is blocked at 3B by Scott Rolen and at 2B by Brandon Phillips.  It is somewhat questionable whether he has enough power for LF, not to mention the 43 other young players in line for that spot on the field.  So where will he end up?  Injuries or trades can change a lot, but his performance in 2010 will be the biggest factor in answering this question. 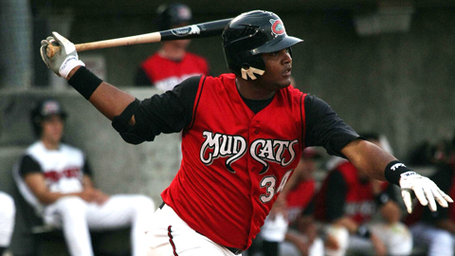 No one has ever doubted El Nino Destructor's prodigious power, and he has hit for a pretty high average everywhere he's been.  He was the MVP of the Dominican Winter League, and can play 3B or LF.  Sounds like a great prospect, no?  Only if he learns to take a pitch now and again:  His career BB/K ratio is terrible, so much so that major league pitchers will likely be able to exploit him.  He showed signs of improvement last year, and if he could just strikeout once fewer a week or walk once more, he could be a dominant hitter.  He won't be 23 until June, so he's still got time to figure things out, but if it doesn't happen in this, his 5th professional season, it likely never will. 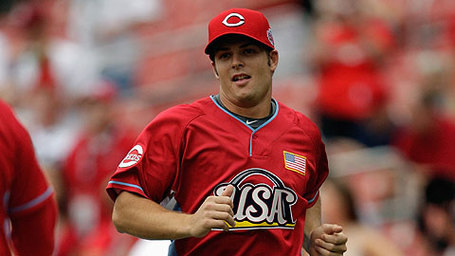 5    How much impact will rookies have on the 2010 campaign?  Who will contribute, and when?

The Reds system may not have the high upside players that other systems have, but it does have a number of players that could contribute very soon.  7 of the team's top 10 prospects could start the year in AAA, and another (Maloney) could start in Cincinnati.  With that much near ready talent, who will make an impact on the big club this season?