Numb. Reds Beat Themselves as Phillies Look On, 7-4

Share All sharing options for: Numb. Reds Beat Themselves as Phillies Look On, 7-4

Satan.  Hell's grim tyrant ascended from the smoking abyss this evening to strike a bargain.  All the Reds asked for was for Chase Utley to be stricken with a case of noodle-arms.  It worked to perfection, but our Reds just didn't expect the dark lord to collect so quickly.  Honorable mentions go to Brandon Phillips, Chase Utley, and Jayson Werth. 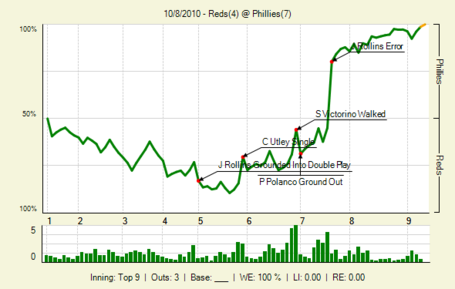