Gomes Not the Only One With a Sombrero. Reds lose, 4-3.

Share All sharing options for: Gomes Not the Only One With a Sombrero. Reds lose, 4-3.

Juan Francisco.  It's very hard to name a star of the game for this one.  No one was particularly outstanding.  So we'll give it to the only player on either team with multiple hits.  Honorable Mentions go to Aroldis Chapman, Kameron Loe, Casey McGehee, and Drew Stubbs. 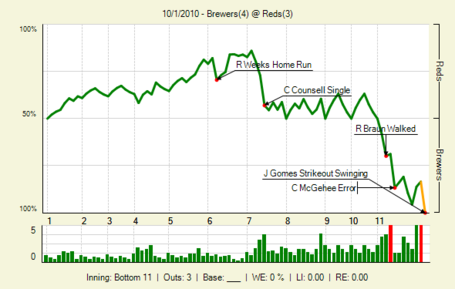