Share All sharing options for: Then came Bronson. Reds beat the Braves, 3-1.

Bronson Arroyo.  7 innings of one run ball gets him his team-high twelfth win of the season.  Jonny Gomes, Wladimir Balentien and Brandon Phillips all had multi-hit games and Scott Rolen did well both at the dish and on the field. 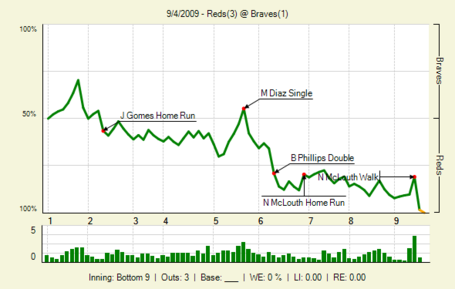