Reds finally decide to start their season, dismantle the Astros 10-4

Share All sharing options for: Reds finally decide to start their season, dismantle the Astros 10-4

Matt Maloney, of course.  Matty went 7 strong innings, giving up only 2 runs on 6 hits, and walked nobody.  He struck out 4, and probably could have gone another inning, since he was only at 93 pitches and had an 8-run lead, but Dusty yanked him in favor of unproven bullpenners. 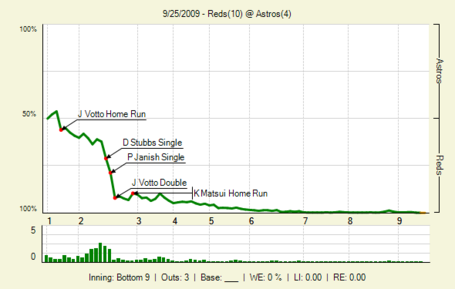