Share All sharing options for: Turns out 5 days is one too many. Reds blow lead in the 9th and lose 4-3. 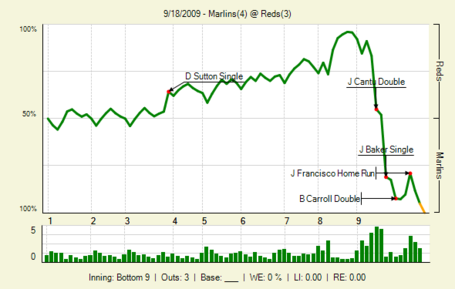