Reds win 5-4, four games back of Houston for third place.

Share All sharing options for: Reds win 5-4, four games back of Houston for third place.

I had a very nice game wrap done tonight, only to be screwed by SBN. So you get this instead.

Paul Janish with his three doubles, the last of which drove in the winning run. 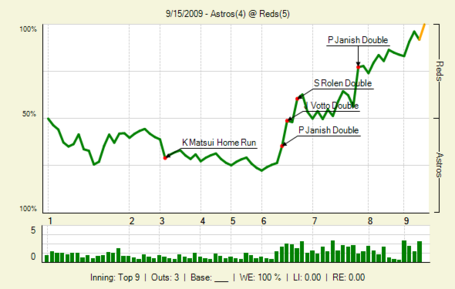 Whatever. Kip Wells still sucks, but he looks to be Roy Oswalt's kryptonite. I say we keep him around for another year at least.