So last Friday night, Slyde, jsl413 and I ventured down to Louisville to watch the Reds AAA affiliate take on Durham in Game 3 of the first round of the IL playoffs.  We had a pretty good time.  Slyde got some pretty sweet tickets for $12.50 each.  We ended up about halfway up the box seats, one section to the left of home plate.  Here's a view from our seats: 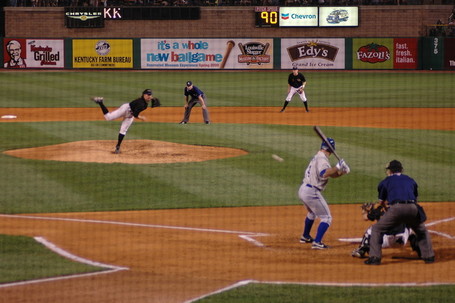 That, my friends, is prime real estate.  More about the game (and more pics) after the jump.

We were treated to quite the lineup on our trip, and everyone in the Louisville lineup had at least one hit.  Sam Lecure started the game for the Bats, and pitched pretty well for the most part. 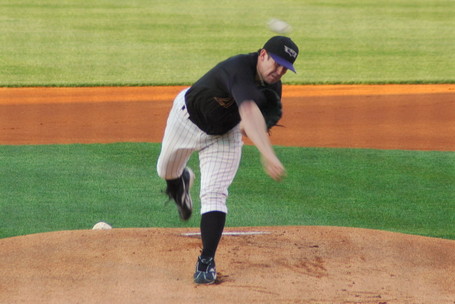 He was throwing in the 88-91, and has some off speed stuff that is absolutely filthy.  He had one rough inning, but the rest of his game wasn't bad.

Yonder Alonso hadn't done much for the Bats since getting called up before the playoffs started.  In his first home game in Louisville, he didn't disappoint. 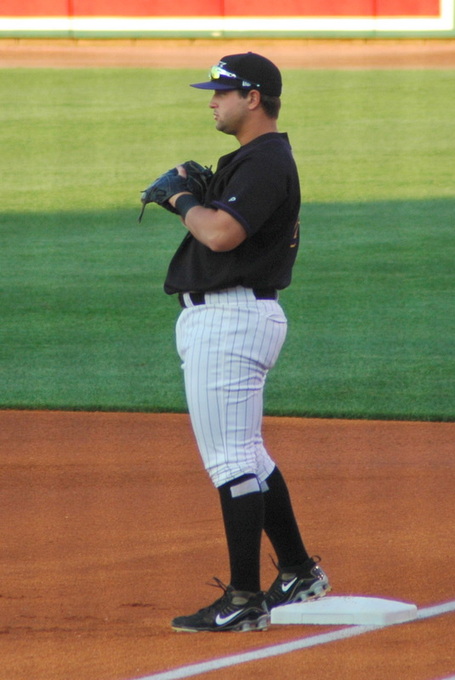 Yonder went 2-for-3 with a solo HR (to the opposite field to left), and a pretty nice diving stab at 1B to save a run on the defensive side.

Similarly, this guy also had a good game. 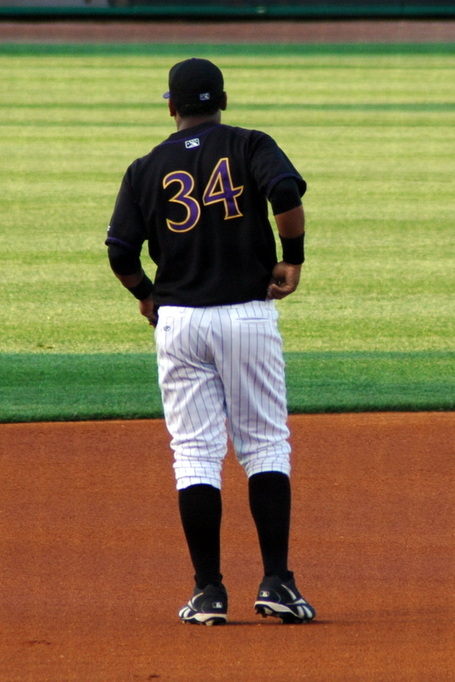 ROAR!  El Nino Destructor also had a decent defensive play, and was 2-for-5 with a RBI.

On the other hand, not everyone had a great game. 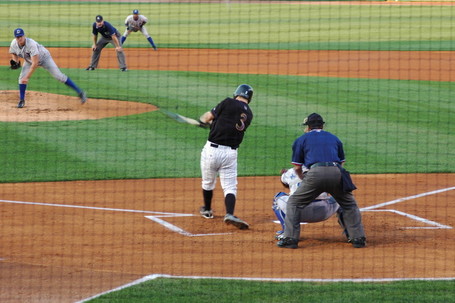 That's Todd Frazier, and he struggled at the plate for most of the night.  He got badly fooled in one at bat and didn't really hit anything hard all evening.  He did end up redeeming himself big time by continuing rallies by hitting infield singles in the 7th and 9th, but I didn't come away impressed.  We didn't get much of an opportunity to see some of that vaunted 2B defense, but he did turn a pretty nifty double play to save a run.  (The Francisco-Frazier-Alonso DP combo was sick.)

A few other notes from the game:

All in all, it was a good experience, despite the game outcome.  I was pleasantly surprised by the atmosphere there, as the fans were extremely into the game and knew who most of the players were.

I'm already thinking an RR outing in Louisville needs to happen next year too.  Takers?