Share All sharing options for: Farmers Only: State of the Farm (8.6) 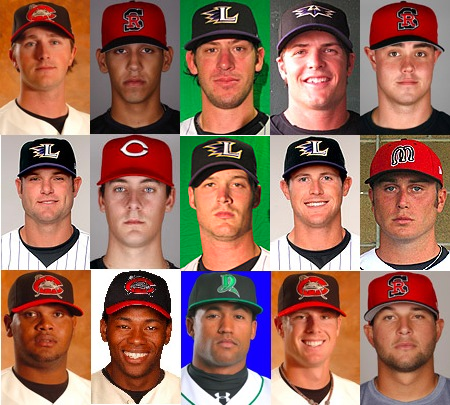 We haven't taken an overview of the minors in a while, so with the off day, I figured we'd check in with a mega-column.  With 6 teams playing now, there's a lot to cover.  Let's get started by looking at the teams.

A closer look at the players after the jump.

Before the season, you guys came up with a list of the top 15 prospects in the Reds system.  Here's an update on how they're doing.

So what do you guys think?  Anybody here catch your eye?