And this comes from one of our loyal readers: 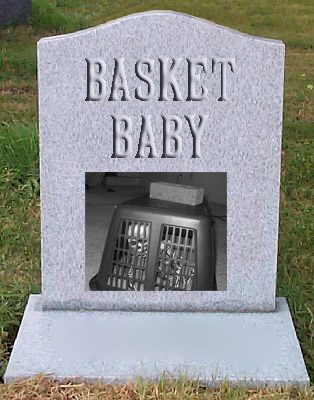 Rest in Peace, Basket Baby.  These hapless Reds can torment you no longer.