Joey Votto.  Paul Janish had a nice game and a clutch double.  Justin Lehr pitched well after the first inning and got a walk to spark the Reds' big inning.  But the Irresistable Force went 3-4 with a walk, a double and a home run.  He had two runs scored and two RBI. 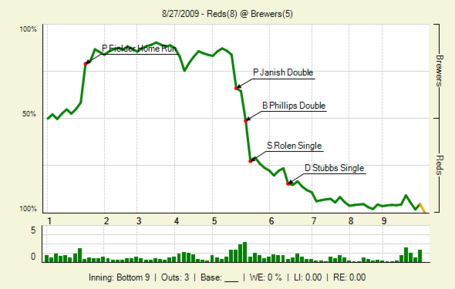