Share All sharing options for: Who loses to the losers? Reds fall, 5-4.

Josh Willingham.  Ryan Zimmerman hit the two run base hit to win the game, but Willingham went 3-4 at the plate with a double and a home run, scoring twice and driving in three runs. 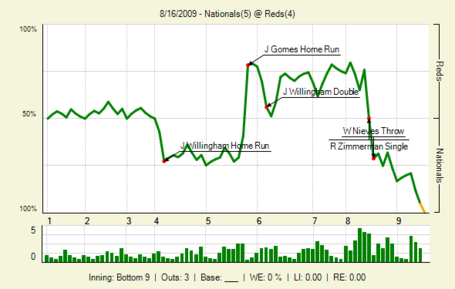