Will Venable.  Venable went 4-5 with a run and four RBI.  His three-run homer in the fifth proved to be the margin of victory. 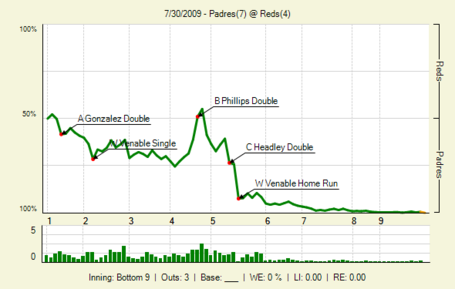