Share All sharing options for: My Maloney has a new profession, it's M-L-B S-P, Reds beat Cubs 4-3 in 11

Matt Maloney.  I can't say enough about how well he performed in his major league debut.  He had a little trouble early, but bounced back to pitch 6+ innings of solid ball.  You can't ask for much more out of your 5th starter.  He gave up 2 runs, both on solo shots, and struck out 4 hitters. 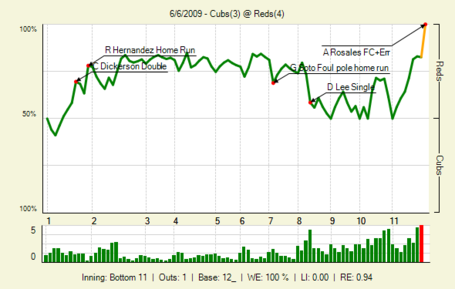