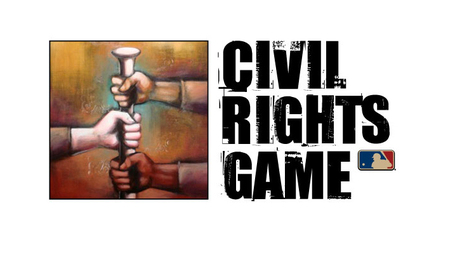 Big day in Cincinnati today. We don't get many of these around here, so enjoy it. For full coverage of all of the festivities, the Cincinnati Enquirer has got you covered. If you are going down to the game or to any of the events, soak it all in. This isn't historic in the same sense as seeing MLK speak, but it is a day to be proud and reflect. Enjoy it as something more than just a simple baseball game.

Then again, there is a baseball game being played that will hopefully be enjoyable as well. It's a good pitching match up between two young guns. Twenty-five-year old left-hander Clayton Richard will take the mound for the White Sox. Richard is not a big strikeout pitcher. In the minors, he relied on his control and his ability to keep the ball in the park for success. His fastball sits in the low-90s, but he can get up over 95 at times, and he mixes in a slider and change up to go along with it. If his control isn't there, the Reds better sit and wait for him to make mistakes. He's a groundball pitcher, so it's definitely not a day to be swinging for the fences.

Johnny Cueto was done in by poor defense in his last start, giving up 5 unearned runs in 6 innings pitched. He still only has two starts this year where he has given up more than 3 earned runs. That is why he is the NL leader in ERA (yeah, I didn't realize it either). Unfortunately that ERA hasn't translated into muc of a record, mainly because the Reds have score 3 or fewer runs in 8 of his 13 starts this season. The offense is starting to show signs of life, but who knows what will happen tonight if Willy Taveras and Alex Gonzalez are back in the lineup.

A win today will give the Reds a winning home stand and will also make them 5-5 in their last 10, which is surprising given how poorly the offense has played. Sure would be nice to get another series win while the country is watching.