Mike Lincoln.  Every dog has his day, right?  When Volquez went down, Lincoln came in on short notice and pitched three innings of one run baseball to keep us in the game.  A man who is synonymous with "gasoline fire," he exceeded everyone's expectations.  3 IP, 2 hits, 1 ER, and the win. 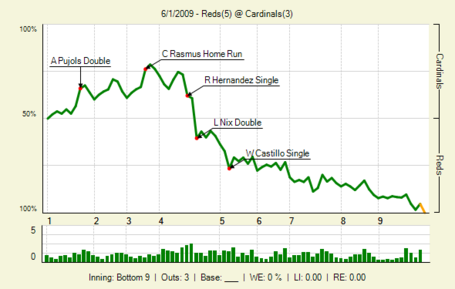