Brandon Phillips.  The key to wins in the time of T-Virus is Cancer, evidently.  Phillips was 1-3 with a two run homer and 3 RBI.  Honorable mention goes to Bronson Arroyo, who went 6.2 innings and only gave up two runs on two hits, striking out 7.  His four walks weren't so great, though. 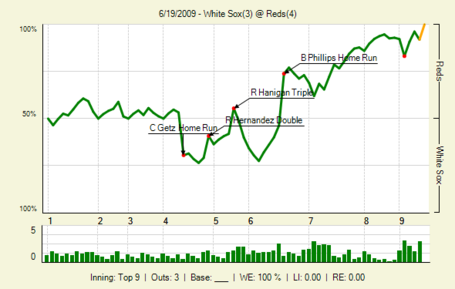