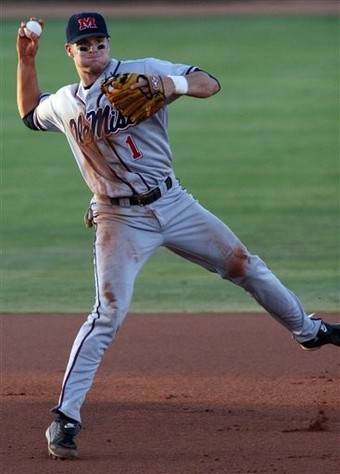 Just because Carolina's off today doesn't mean they can't have the Featured Farmhand.  He's also currently the Southern League Hitter of the Week.  Here's a little more about the Mudcats shortstop:

And now, on to the games: