Share All sharing options for: Reds win a game in which Bernie Stowe was the backup 1B

Willy Taveras.  He only went 1-4 with a walk, but that hit was his first home run since June 14, 2008 (and even though he was a Rockie, that homer didn't even happen in Coors Field).  This was a game in which everyone contributed very evenly.  We'll give a tip of the cap to Prince Fielder, who went 3-3 with a walk and 2 RBI. 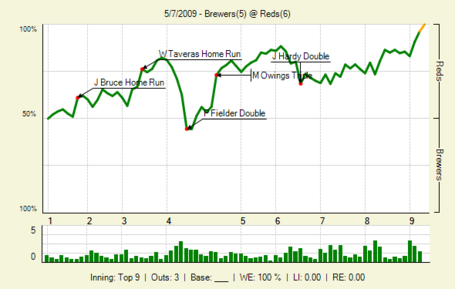