I had a seat in row D for this game.  I thought it would be in the fourth row, but at PNC Field, the dugout cuts into the seats.  I was actually in the second row, right above the Bats dugout.  Andromache's future ex-husband was hanging out at the rail right in front of me. 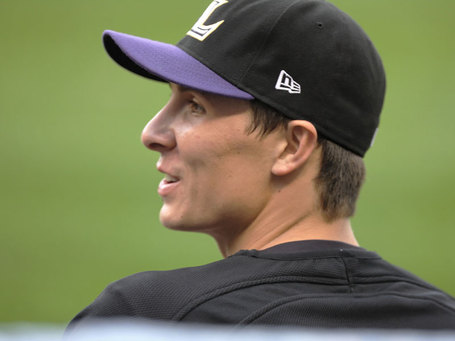 Homer Bailey was often described as "surly" last year, and, well, from what I could see, it fit.  But not at this game.  He seemed to be very sociable, smiling and talking to his teammates.  I didn't try to talk to him, but I wouldn't be afraid to.  Unlike last year. 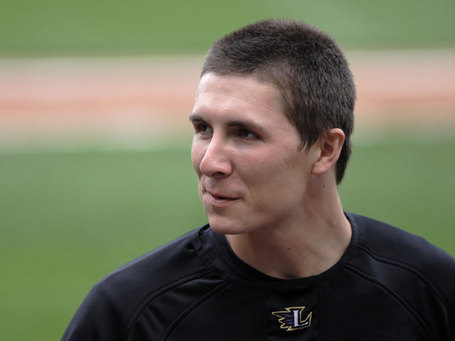 Drew Stubbs warming up in the outfield: 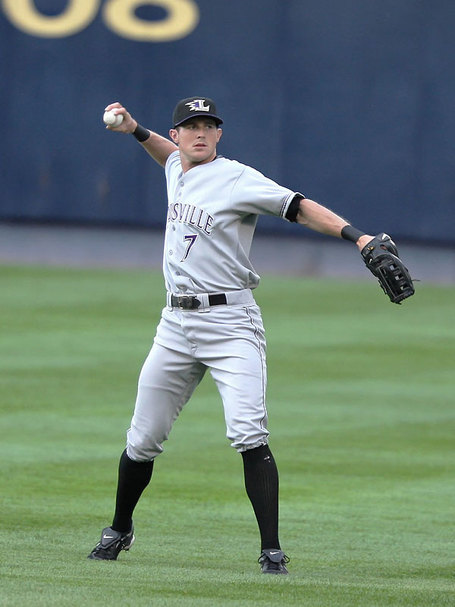 I must say, it was a little odd seeing him in that uniform.  I'd gotten used to seeing Paul Janish wear that number.

Justin Lehr and Craig Tatum come in from the bullpen. 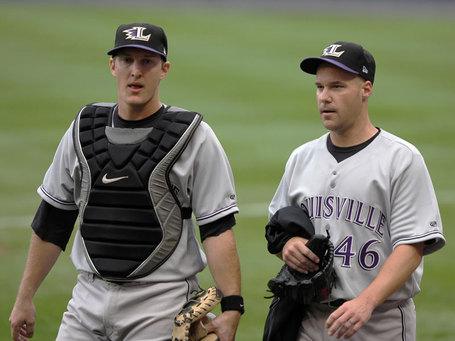 It was Kei Igawa on the mound.  He's been looking really good.  So good that fans are talking about calling him up.  (Never mind that the Yanks have so many starters now that their former ace, Chien-Ming Wang, is languishing in the pen.) 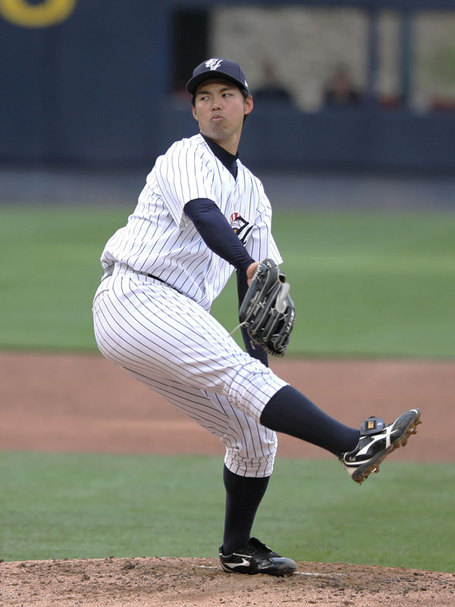 Some people think the Yankees ruined Igawa by messing with his mechanics.  Others say Igawa has always been the kind of pitcher who breaks your heart.  Extremely inconsistent.  Like the little girl with the curl.  When he's good, he's very, very good, when he's bad, he's horrid. Tonight, he was good.

Leading off for the Bats: old friend Norris Hopper. 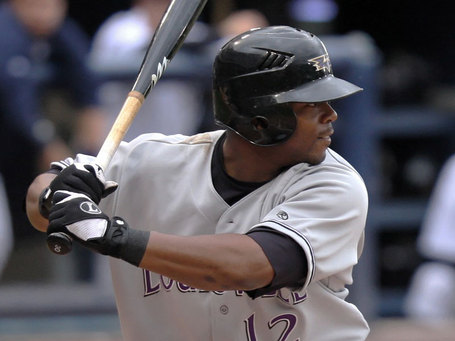 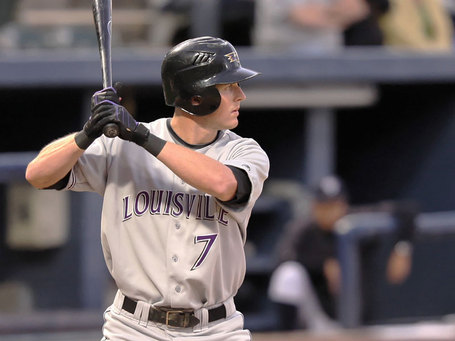 Justin Lehr was just as good as Igawa.  Yankees fans were wondering where this amazing prospect came from.  (Korea, I told them.  ;-) 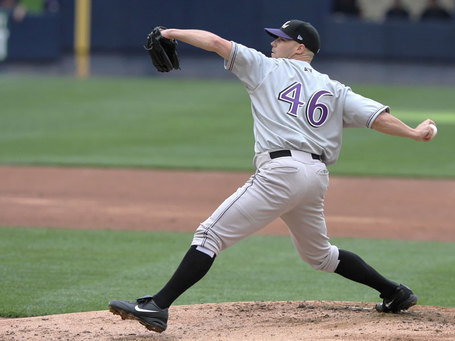 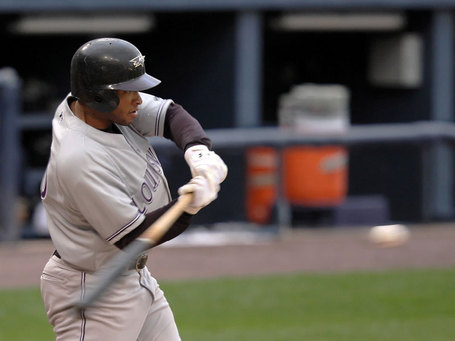 He went 1 for 4.  But just getting a hit put him ahead of most of his teammates. 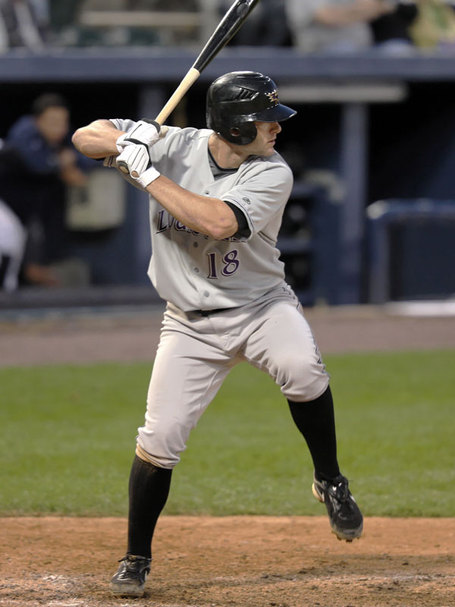 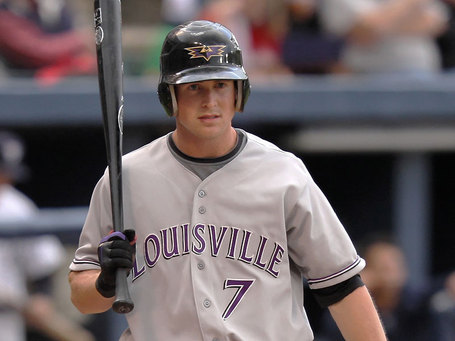 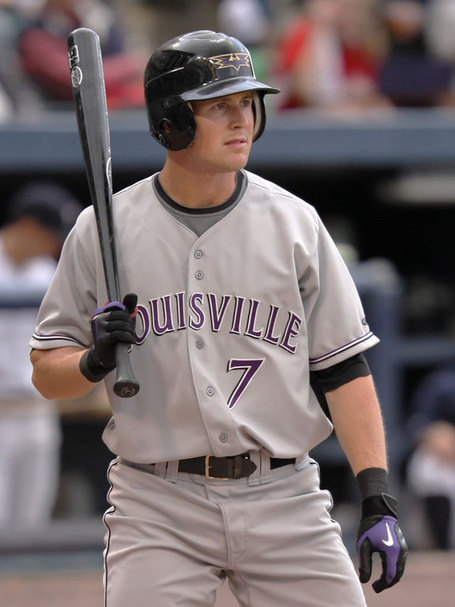 Wilkin Castillo, who would be called up again the next day, went 0 for 3. 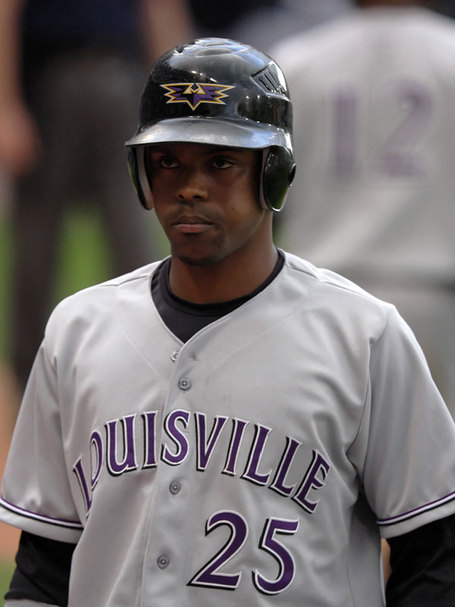 The players were getting pretty irate at the plate umpire.  I was, too.  Of course I couldn't see if the ball was over the plate or not, sitting above the dugout on the first base side, but I could clearly see if it was high or low.  And he was very inconsistent.  He called some balls that looked about ankle-height strikes...and then called them balls next time.

Dave Miley seems to be the kind of manager who sits in the dugout all the time.  I've been wanting to photograph him, but he never comes out.

Well, he finally came out of the dugout this time.  He started complaining about the calls from the dugout...and was ejected.  And emerged to "get his money's worth": 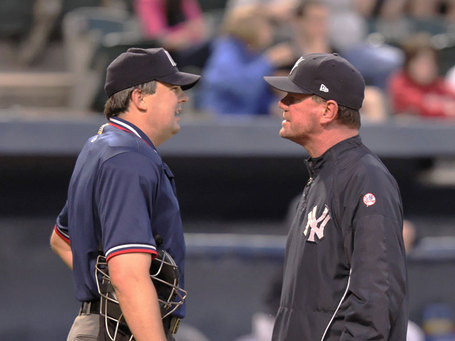 Boy, was he mad.  These pics don't do it justice.  His face was bright red, and you could see the veins throbbing in his neck.  He yelled at the umpire for a long time before finally leaving. 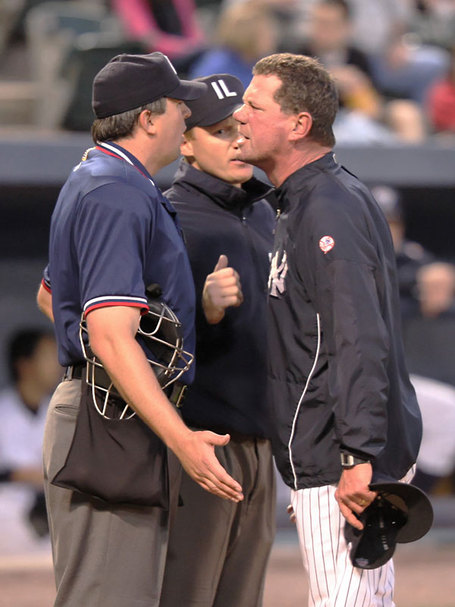 The game was 0-0 into the seventh - when Lehr was pulled and Ben Jukich came into the game.

I was pretty disappointed in how ordinary he looked.  Not nearly as scary as his Gameday photo. 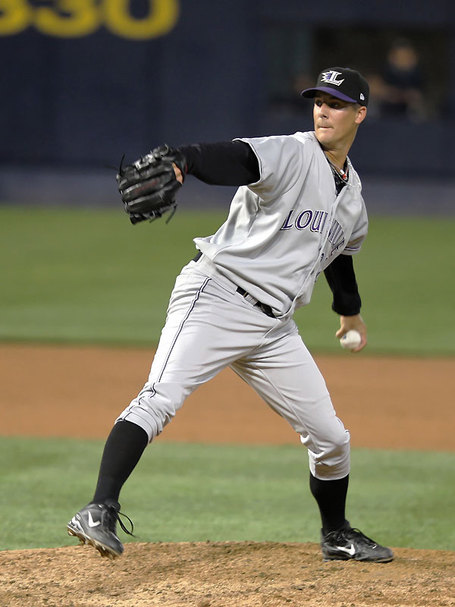 Juan Miranda with the 3-run homer.  It was a no-doubter, the highest and longest I've ever seen at PNC Field. 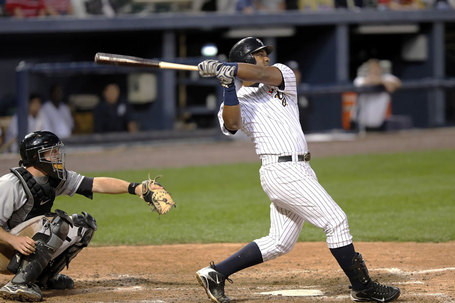 Jukich was pulled after getting only two outs.

Federico Baez came in and stopped the bleeding, but it was too late. 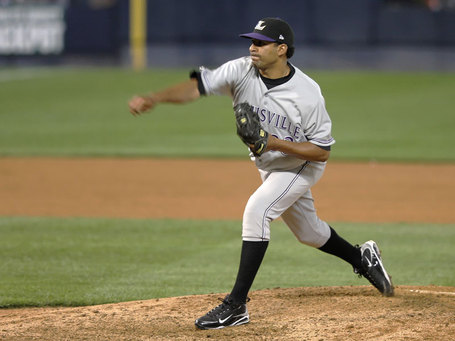 The Bats managed to manufacture a run off Mark Melancon (thanks to an error by Eric Duncan), and avoid being shut out.  Final score:  Louisville 1, SWB Yankees 4.